commissioned by London based Bartholomew Landscaping, teamed up with Stoke-on-Trent City Council in the premier garden Positively Stoke-on-Trent. Awarded the prestigious Silver-Gilt Flora medal, the garden design, created by the City Council Team, represents a city with a new clarity of purpose and sources of energy drawing on the citys natural resources and new dynamics.

Produced by approved Perspex® acrylic fabricators Talbot Designs, experts in numerous acrylic fabrication techniques, bespoke tooling was developed to mould the sheets into a complex parabolic cone shape to match the gardens clean, curved lines. The Perspex® sheets were structural to the pavilion as sat on top of the Perspex® wall is a stainless steel roof with a photovoltaic panel  converting sunlight directly into electricity

Stainless steel arches curve across the garden with more clear Perspex® acrylic bridging the arches to create a sensational water feature with water cascading through the air.

Local Stoke paper The Sentinel reported Sherlock Holmes star Benedict Cumberbatch commenting on the Perspex® acrylic arches: Its a beautiful garden, the water feature really got me. I thought it was a continuous stream of water, its fantastic.

Taking 18 days to build and plant the garden, it conveys Stoke-on-Trents energy as a dynamic and creative place of opportunity for all. The planting is inspired by natures re-colonisation of Stoke-on-Trent, reconnecting the city to nature and a cleaner and greener future. The gardens clear lines, circuits, solar panels and high-tech materials reflect the technological revolution.

The silver gilt is the second highest accolade an exhibitor can achieve at the show and has helped to deliver the strong message that the city of Stoke is resurgent. 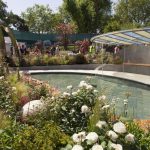 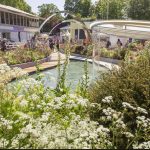 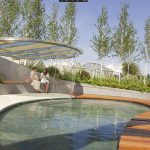 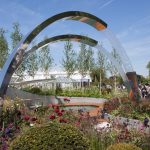 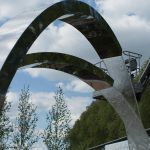 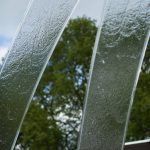 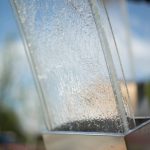 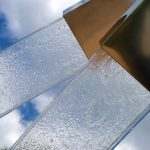 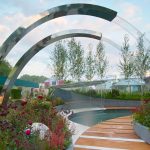 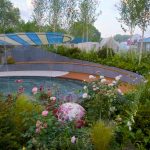 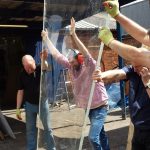 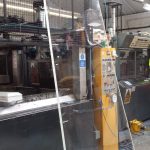